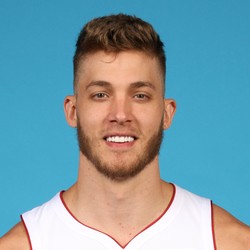 Speaking Wednesday, Heat coach Erik Spoalstra confirmed that Meyers Leonard "is ready" to play and will join the Miami Heat in Orlando for the NBA restart.

A sprained left ankle has kept the eight-year vet on the sidelines since February 5th but it appears the NBA hiatus has allowed him the extra time he needed to heal. His return will be big for Miami as Leonard's size and ability to knock down the three-ball adds another layer to their offensive and defensive arsenal. In the 49 games before his injury, Leonard posted 6.1 points and 5.1 rebounds per game, while shooting just under 43% from behind the arc. Look for the big-man to re-assume his starting role at center in Orlando.