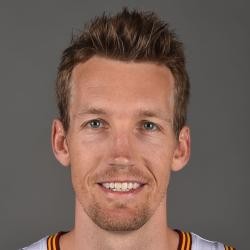 Previously hired as a pro scout, Mike Dunleavy has been promoted to assistant general manager for the Warriors.