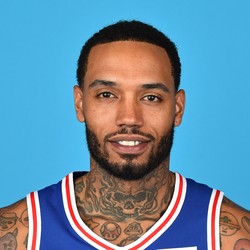 Scott has now started the last three games for the Sixers as Joel Embiid sits with the shoulder injury. In those three starts, Scott is averaging 10.7 points, 8.3 rebounds, and three assists in 32 minutes per game. His major flaw is that he doesn’t provide fantasy owners with any steals or blocks, recording exactly zero of either in those three games. The Mike Scott experiment is about to come to a grinding halt next week, as Philadelphia will most likely get Embiid back, plus they only play two games next week. Scott is a drop candidate in most leagues where owners picked him up for this short stretch.