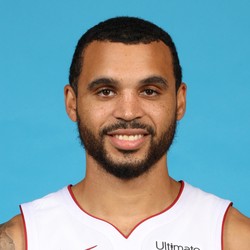 Mychal Mulder contributed only three points (1-9 FG, 1-2 FT) and four rebounds across 26 minutes in Tuesday's 131-107 blowout loss to the Clippers.

The ink is barely dry on Mulder's new multi-year contract and his 0-7 three-point performance isn't a ringing endorsement to his potential as a deep bench contributor for the Warriors. Likely an outlier, Mulder has otherwise been pretty good for the Dubs since joining the team a couple of weeks ago. Mulder can be ignored unless owners in the deepest of leagues are chasing three's in head to head formats.