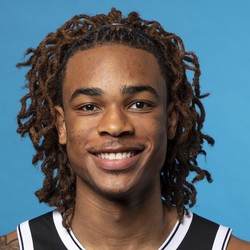 Nicolas Claxton recalled by Brooklyn from the G League

The Brooklyn Nets have recalled Nicolas Claxton from their G League affiliate, the Long Island Nets.

Claxton will get another shot with Brooklyn as the team heads west on a four-game road trip. He’s been crushing down in the G League for most of February and March, and it appears newly-appointed interim head coach Jacque Vaughn is going to see what he’s got in Claxton sooner rather than later.