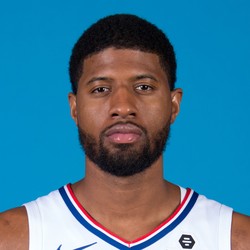 Paul George injures hamstring in Thursday's loss to the Celtics

Paul George exited Thursday's 141-133 loss early due to a strained left hamstring, and did not return. He finished with (2-7 FG, 0-2 3PT), one rebound, one assist and one block across 14 minutes before exiting.

George strained his hamstring in first half and did not return to the game. He has missed multiple games this season due to hamstring/shoulder injuries. The severity of his hamstring injury is unclear, and he is currently day-to-day. George will have the All-Star break to recover before the Clippers next scheduled game against the Kings on February 22nd. If George misses an extended amount of time, look for Lou Williams and newly acquired Marcus Morris to see expanded roles.