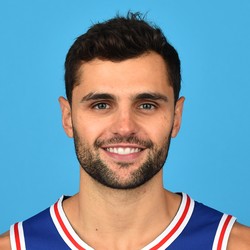 Neto scored double figures for the first time since January 28th. He has only seen the court twice in his last six contests. Neto is mainly a deep-league flyer and doesn't contribute enough to be considered in standard formats. The 76ers next scheduled game is Saturday, away against the Warriors.