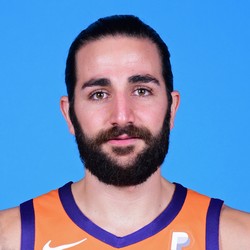 Rubio finished February on a hot streak and has kept it rolling so far in March. Through four games this month he's averaging 18 points, 11 assists, seven rebounds, and two steals per contest. He's playing his best basketball with fantasy playoffs around the corner. The Suns have three days off before visiting the Mavs on Saturday, fire him up.