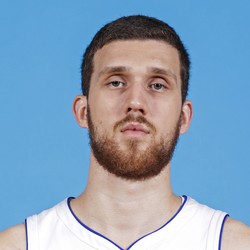 Svi Mykhailiuk will return to action in Wednesday's matchup against the Magic.

Mykhailiuk missed five games with a hip injury but will look to leave that behind him and hit the court on Wednesday. The second-year sharpshooter drained 43.8% of his attempts from downtown in January while averaging 13.3 points, 2.2 rebounds, and 2.1 assists. He's been a sneaky play in DFS and given his lack of physical play, he should assume his normal role as a perimeter and knock down a few three pointers. He's a great target for DFS tournaments given his low value and high upside.