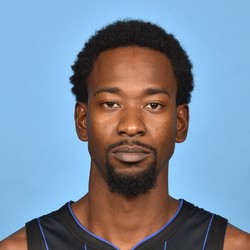 Terrence Ross struggles with his shot in loss to Boston

Terrence Ross scored eight points on 3-for-14 shooting with six rebounds, two three-pointers, one assist and one steal over 32 minutes as the Magic lost to the Celtics on Friday night.

Ross did not have it on Friday as he had a hard time making any shots and was just 2-for-11 from the three-point line. The veteran forward is a streaky player but overall is having a good January averaging 15.5 points, 3.2 rebounds and 2.8 three-pointers made. Ross should be owned in deeper leagues.