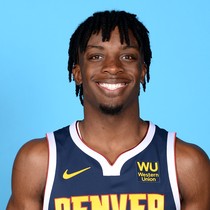 Tyler Cook signed a replacement two-way contract with the Nuggets, after appearing in only 11 games with the Cleveland Cavaliers this season. (Source: Harrison Wind on Twitter )

Fantasy Impact: After being released by the Nuggets in October of last year, Cook found himself in familiar territory as he inked his new replacement two-way contract with the organization for the remainder of the 2019-20 season. His familiarity with the team played a significant role in landing him the opportunity, as the Nuggets wanted to take players, they could trust into the “bubble.” In his stint with the Cavaliers this season, he appeared in only 11 games and averaged 1.7 points, .9 rebounds, .1 assists, and 3.2 minutes of playing time per game. Although his professional contribution was below minimal, his performance in the G-League was more substantial. Cook played in 29 games with Oklahoma City Blue and averaged 12.9 points, 5.7 rebounds, and 1.2 assists per game. There does not seem to be any clear pathway for Cook to see purposeful playing time in the Nuggets’ rotation, thus making him an easy fade for fantasy purposes. 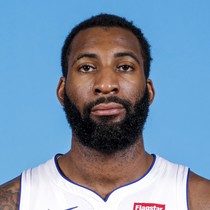 The Cavaliers have “shown interest in an extension” with C Andre Drummond, per Chris Fedor of Cleveland.com. (Source: Cleveland.com)

Fantasy Impact: Drummond is expected to exercise his $28.75 million player option for the 2020-21 season. The Cavaliers are reportedly looking to sign Drummond to a long-term extension. “Both sides have shown interest an extension,” said Fedor. “But there’s so much to figure out before late October, when Drummond could technically sign a new deal.” Both parties have until October to work out a long-term deal, but for now expect Drummond to exercise his player option and play in Cleveland for the 2020-21 campaign. He averaged 17.5 points, 11.1 rebounds, 1.8 assists, 1.5 steals and 1.4 blocks across eight games for the Cavaliers before the season was suspended in March. Look for Drummond once again to go early in fantasy drafts next season. 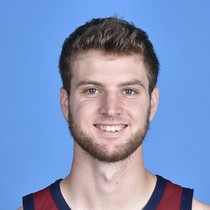 Dean Wade gets multi-year deal from the Cavaliers

Fantasy Impact: Since Cleveland is not a part of the NBA restart at Walt Disney World, the Cavaliers still have an open roster spot to use by June 30 at 11:59 PM EST. The rookie out of Kansas State appeared in just 12 games in 2019 for the Cavs, averaging 1.7 points in 6 minutes per game. 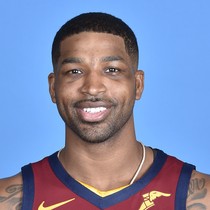 Tristan Thompson ‘not likely’ to remain in Cleveland

Kelsey Russo, who covers the Cleveland Cavaliers for The Athletic, believes the team will let F/C Tristan Thomson walk at the end of this season, the last of his five-year, $82M deal. (Source: Kelsey Russo on Twitter)

Fantasy Impact: The Cavaliers traded for C Andre Drummond in February ahead of the NBA trade deadline likely to replace Thompson as the Center of the future in Cleveland. Drummond is expected to opt-in to the final year of his contract, which will allow the Cavaliers a year to see if he’s a good fit in their system. Thompson, a former fourth-overall pick in 2011, has played nine seasons in Cleveland, averaging 9.4 points and 8.7 rebounds in 28 minutes per game for his career. Still only 29 years old, Thompson will likely find a home in the NBA with another team if Cleveland were to let him walk in free agency. 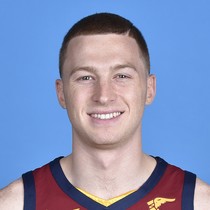 Cleveland Cavaliers G Dylan Windler told reporters that he is “probably 70 to 80 percent of the way there” in terms of returning to NBA game action. (Source: Sam Amico on Twitter)

Fantasy Impact: The former Belmont guard was the No. 26 overall pick in the 2019 NBA Draft. Since playing four years in college and never missing a single game, it’s been quite the opposite for Windler in the NBA. He has yet to play a game for the Cavs after suffering a stress reaction in his lower leg before training camp even started. He had surgery in January ahead of the NBA shutdown and has continued his rehab. Windler said during an interview, “It’s been a little over three months right now and I think the doc’s saying maybe a month or a month and a half before I’m able to play live basketball again.” Hopefully he’ll be able to get onto the court soon for a Cleveland team in desperate need of some highly-efficient three point shooting. 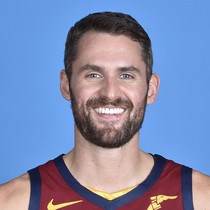 Kevin Love has donated $100,000 to affected Cavaliers arena and support staff in the wake of the NBA suspension. (Source: Shams Charania on Twitter)

Fantasy Impact: The NBA suspension will undoubtedly have far-reaching consequences, one of which is the regular pay that goes to all the individuals that make NBA game-day operations run smoothly and efficiently in the arena. Love is doing his part by donating a large sum of money to help the affected staff, which could lead the way for other players to do the same. Mark Cuban spoke about setting up some sort of contingency fund for Dallas support personnel, and Cody Zeller and Spencer Dinwiddie have both spoken up on Twitter as well. We’ll all get through this, but it takes an army, and Love is putting his philanthropic-foot forward to try and help those affected by this unprecedented turn of events. 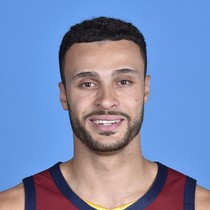 Fantasy Impact: Nance Jr. has been coming off the bench for Cleveland, but has quietly been having a nice stretch of games. In his last five, he's averaging 15.6 points, 7.8 boards, 4.4 assists, and two steals in a whopping 37 minutes per game. Cleveland only played eight guys tonight, and that included Andre Drummond and Kevin Love, who are bound to get a couple rest games here and there down the stretch. If for some reason Nance Jr. is still on your league's waiver-wire, he needs to be picked up immediately. He's going to have solid production across the board for the remainder of the season. 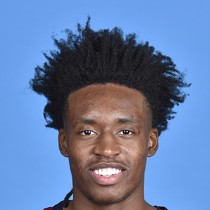 Fantasy Impact: Sexton continues his hot-steak, contributing across the board for Cleveland. While he could improve on his turnovers, he has solidified himself into everyday must-start. 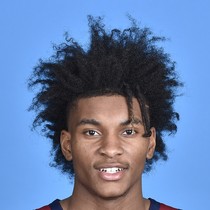 Kevin Porter Jr. (concussion) has been ruled out for Tuesday's against the Chicago Bulls. (Source: NBA Injury Report)

Fantasy Impact: Porter Jr. will miss his third consecutive game due to a concussion. With Darrius Garland also being ruled out, expect Colin Sexton and Matthew Dellavedova to play heavy minutes. 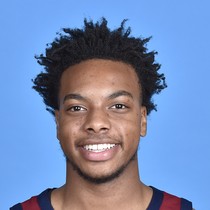 Darius Garland (groin) has been ruled out of Tuesday's game against the Bulls due to a strained groin. (Source: Spencer Davies on Twitter)

Fantasy Impact: The rookie is set to miss his fifth consecutive game after straining his groin back on February 29th against the Pacers. He has yet to return to practice and it's possible that the Cavaliers opt to play things safe with their prized rookie. In Garland's absence, Colin Sexton has really benefited from the increased usage and should be in store for another heavy workload on Tuesday. 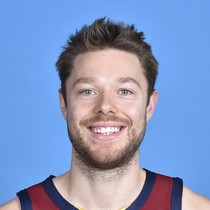 Fantasy Impact: Delly was finding all his teammates tonight on his way to a career-high 14 assists. With Darius Garland on the shelf, and out for the foreseeable future, Dellavedova has taken full advantage of his opportunity as a starter. In his last three games, he’s averaged nine assists in 33 minutes. He’s worth a look from owners in deep leagues who need help in the assists category. 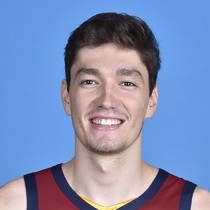 Fantasy Impact: Osman logged a season-high 42 minutes and has now scored double figures in back-to-back contests. He was inefficient from the field on Wednesday, shooting a woeful 21 percent. With all the recent injuries to Cleveland, Osman has been averaging 34 minutes his past four contests. He is worth adding in standard leagues and should be owned in all formats. The Cavaliers next scheduled game is Saturday, home against the Nuggets. 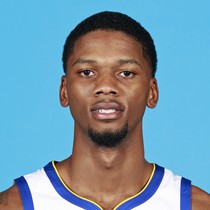 Fantasy Impact: McKinnie will miss his seventh consecutive game due to plantar fasciitis in his left heel. He is currently day-to-day. His next chance to return will be Wednesday’s tilt against the Celtics. 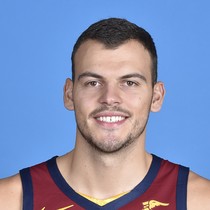 Ante Zizic scored six points (3-4 FG), along with two rebounds, an assist and a block in just seven minutes on Wednesday night's 108-94 win over the Sixers.

Fantasy Impact: Zizic poured in six points on Wednesday night in the absence of Andre Drummond (calf strain). Tristan Thompson got the nod at starting center while Zizic came off the bench. Zizic is averaging 4.6 points in just 18 games this year. 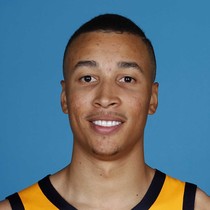 Dante Exum (ankle) will miss an 'extended amount of time'

Dante Exum (ankle) will miss an "extended amount of time," per Chris Fedor of Cleveland.com. (Source: Chris Fedor on Twitter )

Fantasy Impact: Exum exited Monday's contest against the Heat early with a severely sprained ankle. He is expected to miss an extended amount of time and currently has no timetable for a return. Exum solidified a role off the Cavaliers bench, but was not producing enough to be considered anything other than a dart throw in deep leagues. The 24-year old is averaging 4.5 points, 1.9 rebounds, 1.1 assists and 0.4 steals across 35 games this season. 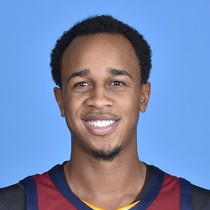 Fantasy Impact: With Tristan Thompson out, Henson was used in the starting lineup Wednesday night over Larry Nance Jr., for matchup purposes to try to contain Steven Adams' length and size. There's a possibility that Henson see's a ton more action in the Cavs rotation with the uncertainty of Tristan Thompson's future with the team, as well as a quad injury that he's currently sidelined with. Henson averages 5.0 points and 3.9 rebounds in limited minutes this year. 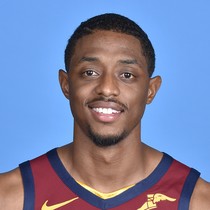 Brandon Knight (knee) has been ruled out for Saturday’s game against the Bulls. (Source: NBA.com)

Fantasy Impact: Knight will miss his fourth consecutive game due to a knee injury. He is currently day-to-day, and has no official timetable for his return. His next chance to play will be Monday’s tilt against the Pistons. 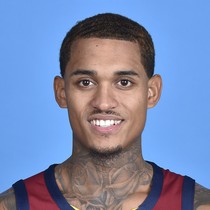 Fantasy Impact: Clarkson has now scored double figures in eight consecutive games. He continues to provide a scoring boost off the bench for the Jazz. Clarkson is averaging 16.9 points, 2.4 rebounds, 1.3 assists, 1.0 steals and 2.1 triples in his last seven games. If fantasy owners need scoring and threes, Clarkson is worth an add. The Jazz next scheduled game is Monday, home against the Pacers.