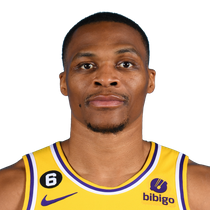 Russell Westbrook (quad) to be re-evaluated next week

Fantasy Impact: Westbrook's initial timetable was set for a 3-4 week recovery but with the recent COVID issues surrounding the Wizards, one could understand why the team would opt for re-evaluation. As of right now, there's nothing that could alter his original recovery timeline. 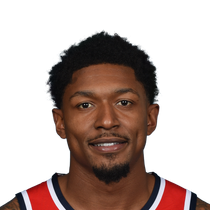 Wizards vs Pistons scheduled for Friday has been postponed

Friday's scheduled contest between the Washington Wizards and the Detroit Pistons has been postponed, per Shams Charania. (Source: Shams Charania on Twitter)

Fantasy Impact: The Wizards do not have enough players due to COVID-19 and contract tracing. This game will be made up at a later date. 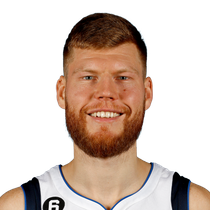 Fantasy Impact: Bertans has been reverted to a bench scoring role as of recent. His sharp shooting work makes him a must-start for roto leagues. If the veteran forward can find a way to chip in more stats other then points he could flirt with being a top-80 player in fantasy formats. 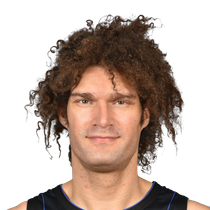 Fantasy Impact: Lopez entered the starting lineup in place of injured center Thomas Bryant. The veteran center led the team in rebounds, but for now he doesn’t offer much more then a cheap DFS play for fantasy. 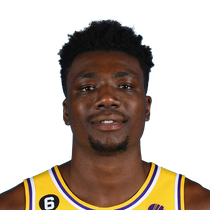 Thomas Bryant diagnosed with torn ACL, out for season

Wizards center Thomas Bryant has been diagnosed with a torn ACL in his left knee and will miss the remainder of the season. (Source: Adrian Wojnarowksi on Twitter)

Fantasy Impact: Bryant suffered the injury within the first few minutes of Saturday's loss to the Heat and was immediately ruled out for the remainder of the contest. This is tough news as Bryant was excelling in his role as a full-time starter for the Wizards, averaging 14.3 points on 64 percent shooting from the field. It's tough to say who will replace him in the starting lineup but Robin Lopez appears in line to receive the nod with Moritz Wagner seeing an increased role as well. Bryant will begin rehab with hopes of returning in full health for the 2021-2022 season. 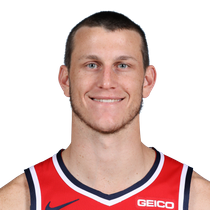 Fantasy Impact: After scoring just seven points across 20 minutes prior to Saturday's contest, Mathews' number was called with multiple absences in the Wizards' rotation. The team went 12 deep and played a competitive game with the Heat thanks to guys like Mathews stepping up. In games where Russell Westbrook and Bradley Beal both play, Mathews is likely to revert back to a minimal role. Saturday's outburst will likely be more of an outlier rather than the new norm. 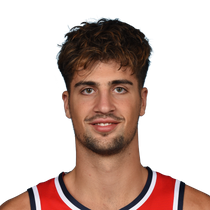 Fantasy Impact: After playing 16 minutes or fewer in each of his last three games, Avdija logged a season-high 32 minutes and went off for his best performance to date. His performances have been lackluster thus far, and his big game was likely due to the absences of Russell Westbrook, Bradley Beal, and Thomas Bryant. With Bryant (knee) expected to miss time moving forward, Avdija could see more playing time, but it's unclear what his role will be. 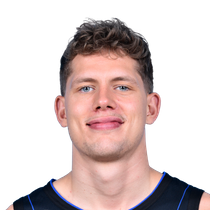 Fantasy Impact: Thomas Bryant exited this one early with what appeared to be a serious knee injury, and Wagner stepped in with a big performance. After playing just 26 minutes on the season to date, Wagner was called up for a season-high 20 minutes. Bryant is likely to miss some time, and Wagner is worth an add in most formats, given his ability to score and rebound in limited playing time. 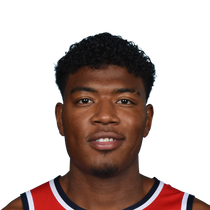 Fantasy Impact: Hachimura finished behind only Bradley Beal in the scoring department, and he got involved across the stat sheet thanks to the struggles of Russell Westbrook. Hachimura can provide useful nights like this from time to time, but he's tough to trust on a regular basis, given the high usage rates of Beal and Westbrook and the emergence of Thomas Bryant in the frontcourt. 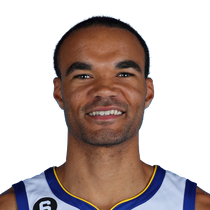 Fantasy Impact: Robinson played his first meaningful minutes of the season as Washington rolled to a comfortable victory. The young guard has scoring upside, though he's not on the court with enough regularity to warrant a pickup in most fantasy leagues. 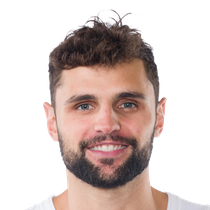 Fantasy Impact: Neto drew the start for Russell Westbrook (rest), but he disappointed with his final stat line due to the comfortable margin of victory and minimal playing time. The Brazilian guard has the ability to stuff the stat sheet in limited playing time, but he's tough to trust when Russell Westbrook is in the lineup. 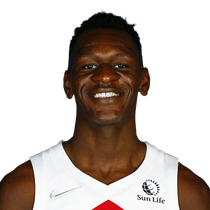 Fantasy Impact: Bonga has started all four of Washington's games this season, though it's unclear why. Across 17.8 minutes per contest, the third-year man has averaged just 5.3 points, 3.5 boards, and 1.3 dimes as a non-factor. With this level of play, it's unlikely Bonga retains his starting job for too much longer, and he's a guy to leave on the waiver wire even in deeper leagues. 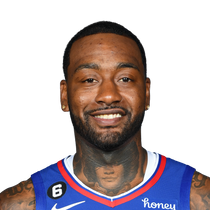 John Wall traded to the Rockets for Russell Westbrook

The Wizards traded John Wall and a protected 2023 First Round pick to the Rockets in exchange for Russell Westbrook. (Source: Shams Charania on Twitter)

Fantasy Impact: In a blockbuster deal, star point guards John Wall and Russell Westbrook swap franchises. Wall missed all of last season recovering from a torn Achilles. He is a 100 percent recovered from his injury, but hasn't played a game since December of 2018. Wall's fantasy value shouldn't change too much with the deal to Houston. The 30-year-old PG is currently 60th overall in the latest expert consensus rankings for upcoming 2020-21 fantasy drafts. 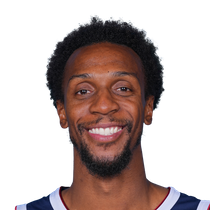 Ish Smith provides solid line in 31 minutes off the bench

Ish Smith came off the bench to play 31 minutes and produced 11 points (5-13 FG, 1-2 FT) along with eight assists, three rebounds, one steal, two blocks, and five turnovers in a win over the Celtics on Thursday.

Fantasy Impact: Surprisingly, Smith ranked 15th in assists per game in the Bubble at 6.1, ahead of several other starting point guards such as Kyle Lowry, Mike Conley, and Jamal Murray. More impressively, Smith only received one start in eight games in Orlando, and still performed well - to the tune of 14.1 points, 6.1 assists, 3.8 rebounds, 0.9 steals, and 0.8 blocks in 27.2 minutes per game. Smith continued to struggle from the field (42.6%) but certainly did enough to earn the backup point guard role with the Wizards next season. 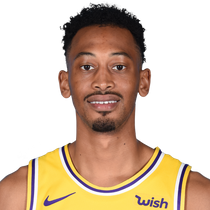 Johnathan Williams got the start in place of rookie Rui Hachimura and provided five points (2-7 FG, 1-2 FT) along with a career-high 16 rebounds, with one assist, and one block across 25 minutes in a win over the Celtics.

Fantasy Impact: Williams' 16 rebounds were also a game-high as he snared seven offensive rebounds and nine defensive rebounds to set a new milestone in his second NBA season. Williams finishes the year averaging 3.0 points, 4.3 rebounds, and 0.5 assists in 12 minutes per game. The undrafted PF will continue to be bench depth and nothing more for the foreseeable future. 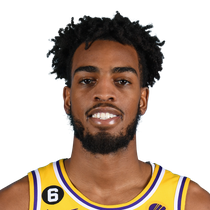 Troy Brown Jr. scored 17 points (5-16 FG, 2-5 3PT, 5-6 FT) while collecting eight rebounds, three assists, three steals, and one block across 34 minutes in a victory of the Boston Celtics on Thursday.

Fantasy Impact: Brown Jr. played well in Orlando and may have a chance at starting next season at SF for the Wizards and, at worst, take over the sixth man role. He finishes his second season averaging a productive 10.5 points, 5.5 rebounds, 2.6 assists on 44% shooting from the field and 33% from three-point range. 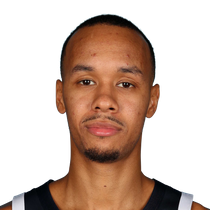 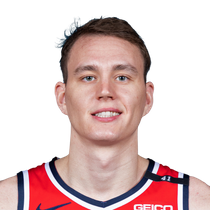 Anzejs Pasecniks was unable to score any points but produced two rebounds across eight minutes in the Wizards' 107-98 loss to the Philadelphia 76ers on Wednesday.

Fantasy Impact: With Thomas Bryant back up to full strength, the Wizards have cut Pasecniks, as well as Ian Mahinmi's minutes to almost zero. The 2017 first-round pick is an intriguing option should Bryant go down again, but currently holds little-to-no fantasy value. 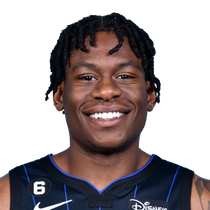 Fantasy Impact: While Schofield saw a big boost in minutes against the Pacers, he was unable to produce much as he attempted just three shots and snagged three rebounds. The 2019 2nd-round pick has, like many young Wizards, shown brief flashes on equally brief opportunities but remains just a possible dynasty stash . 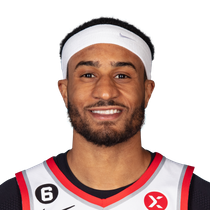 Fantasy Impact: Payton II tested positive for the virus on Thursday along with fellow teammate Thomas Bryant and as a result, the duo did not travel with the team to Orlando. Payton II and Bryant now must produce two negative tests in order to re-join the team in Orlando. With Bradley Beal and Davis Bertans already ruled out of the NBA restart and Garisson Mathews not traveling with the team due to personal reasons, the Wizards are starting to become short-handed as the NBA inches closer to resuming the season later this month. It is currently unknown whether Gary Payton II, Thomas Bryant or Garisson Mathews will attend the restart.