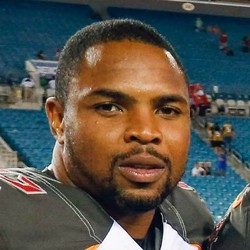 Former Raiders running back Doug Martin received his injury settlement and will now test the waters as a free agent.

The Oakland backfield has a lot of young talent with Martin no longer in the fold. Josh Jacobs will receive the majority of work, as DeAndre Washington and Jalen Richard will only siphon a small amount of work away.

Updating an earlier report, Doug Martin (shoulder) was placed on the injured reserve.

Earlier reports came out stating Doug Martin was released, but the most recent news has Martin placed on the injured reserve. Coach Gruden had said Sunday Martin was dealing with a shoulder injury. Jalen Richard and DeAndre Washington will compete for the top backup job behind Josh Jacobs. Martin will stay on IR barring an injury settlement with the club.

Doug Martin was released by the Raiders on Sunday.

Martin ran for 723 yards in his first year with the Raiders. He was booked to be second in the depth chart behind starter Josh Jacobs. Martin will look to latch onto another team. Jalen Richard and DeAndre Washington will compete for the top backup spot behind Jacobs.

Doug Martin did not play in the Raiders' 22-21 preseason win over the Packers Thursday.

Oakland did not play their regulars versus Green Bay Thursday. Martin enters the season with little value in fantasy outside of injury insurance for starter Josh Jacobs.

Doug Martin rushed twice for one yard in the Raiders' 33-26 preseason win over the Cardinals Thursday.

Martin figures to have little impact this season outside of injury replacement with Josh Jacobs likely to handle the majority of the work in Oakland.

Deposit $10 at a DFS partner site you have NOT played at and get a FREE 6 Month HOF Subscription!
Claim Offer
Most Accurate Experts
for Doug Martin
Consensus Rankings
View All Rankings