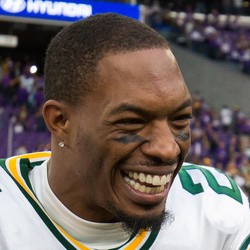 Clinton-Dix will be reunited with new Cowboys Head Coach Mike McCarthy in Dallas. The Safety was a former first-round selection in 2014 by the Packers and played there under McCarthy for five seasons before playing with the Redskins and Bears in 2018 and 2019 respectively. Clinton-Dix has never missed a single game in his entire six-year NFL career and he provides a level of toughness in the secondary that Dallas has highly coveted for years.

Ha Ha Clinton-Dix has 58 tackles, two interceptions, and one touchdown through Week 12. He is currently third on the team in total tackles and has a great chance for another interception in Week 13 against the Lions.

Prior to this game Ha Ha only had eight total tackles to his name. His performance and the Bears defenders definitely benefited from playing a bad Washington team. Clinton-Dix has a decent chance to get another interception over the next two weeks as the Bears take on the Vikings in Week 4 and the Raiders in Week 5.

The former Redskin was the best safety remaining in free agency. He'll play a "center field" role for a Bears defense that was elite in 2018.

The Packers have traded Ha Ha Clinton-Dix to the Redskins for a 2019 fourth-round pick.

The Redskins D/ST has been an underrated unit all season, and only gets stronger with the addition of Clinton-Dix. The Packers' motivation for the trade is unclear, but absent another move, their defensive unit clearly takes a bit of a hit.