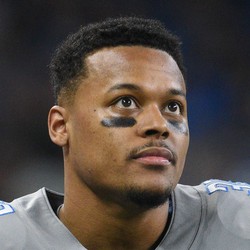 Per NBC Sports’ Peter King, Lions CB Jamal Agnew has been attending both cornerback and wide receiver virtual meetings this offseason, and Detroit plans to move him exclusively to offense this summer during training camp.

The fourth-year man out of San Diego became an All-Pro returner his rookie season. He’s spent time on special teams and as a backup corner with the Lions, with most of his contributions coming as a returner. He’s totaled three punt return TDs and one kickoff return TD in his three years with the Lions, but in order for Agnew to have the best chance to make the roster this season, he’ll be transitioning to WR. Last season, Agnew only saw 21 snaps on defense, and with a crowded group of talented defensive backs, it makes sense to see what the playmaker can do on offense with the ball in his hands. Detroit has an established group of WRs in Kenny Golladay, Marvin Jones, and Danny Amendola, so Agnew will be fighting for a 5th or 6th spot on the depth chart this season.