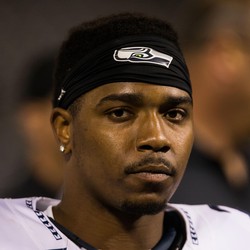 An interesting prospect on paper, Boykin played himself out of a job, throwing four interceptions in the preseason. The good and the bad was on display, as Boykin averaged a respectable 8.2 yards per attempt, but showed a tendency to overthrow open receivers. The backup QB job will now go to Austin Davis who looked respectable during his limited preseason action. Though Davis has some starting experience in the NFL the drop off from Russell Wilson to Davis is possibly the steepest starter to backup drop in the NFL. To put it plainly, if Wilson misses any time the Seahawks offense goes from fantasy friendly to fantasy wasteland. Boykin is expected to clear waivers and will probably remain in orbit on the Seahawks practice squad.

Trevone Boykin's court date has been pushed to August 22nd. Boykin, arrested on March 27th for public intoxication and drug possession then again on April 6th for parole violation, is facing up to a year in jail and a $4,000 fine.

Boykin used to be Seattle's only backup to Russell Wilson on the active roster. After his arrests Seattle signed former Browns QB Austin Davis. Seattle has been involved in rumors regarding former 49ers QB Colin Kaepernick. Boykin's future is unknown.

TMZ Sports is reporting Seattle Seahawks quarterback Trevone Boykin was arrested again Thursday for violating his probation in March. It was his second arrest in a two-week timeframe.

Boykin was arrested in Dallas on March 27 for public intoxication and marijuana possession while on probation. On Thursday, a warrant was issued for his arrest because of last month's violation of probation and was taken into custody as a result. Although this is not a new incident, Boykin has been arrested at least three times since, and including, the Alamo Bowl incident in 2015. His career in Seattle as Russell Wilson's primary backup is in jeopardy.

Boykin could face disciplinary action from the NFL stemming from his latest incident and could also be released by the Seahawks as a result. If Boykin, who served as Russell Wilson's backup last season, is indeed cut, Seattle will have a need at quarterback.

Seattle Seahawks backup quarterback Trevon Boykin replaced in injured Russell Wilson in the second half of Sunday's 37-18 defeat of the San Francisco 49ers. Boykin completed 7 of 9 passes for 65 yards a touchdown, and an interception.

Boykin has the athletic ability to mirror Wilson's movements in the pocket. However, his lack of experience was evident today as his interception was literally a defender he simply didn't see. Boykin would not be a streaming option if Wilson was forced to miss time, and Seattle's pass catchers would all need to be adjusted down accordingly.