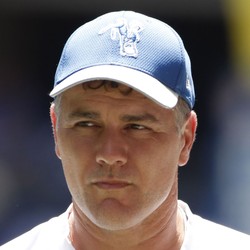 Colts owner Jim Irsay isn't sure if veteran kicker Adam Vinatieri will be back with the team in 2020.

Vinatieri is currently a free agent, and while the team hasn't officially ruled out a return, they are not committing to the veteran at this point. It has continued to be an up-and-down period for Vinatieri, who only made 68% of his field goals and missed six of his 28 attempted PATs in 2019.

Deposit $10 at a DFS partner site you have NOT played at and get a FREE 6 Month HOF Subscription!
Claim Offer
Most Accurate Experts
for Adam Vinatieri
Consensus Rankings
View All Rankings