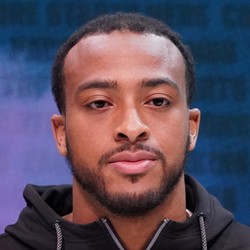 Some believe Dillon is going to walk in and destroy the value of someone like Aaron Jones, while others say he negates the role of Jamaal Williams. I don't know if he does either, but when a team spends a second-round pick on a running back, they typically have a plan for them. Over the last seven years, running backs drafted in the second round average 172.3 touches in their rookie season. Dillon is just an early-down back, so he'll be extremely touchdown dependent. Knowing how good Jones has been in that role, it's tough to take him off the field, so I'm fine with going the wait-and-see approach with Dillon (and every other non-Jones back in this backfield).

Dillon is likely to take a back seat to incumbent starter Aaron Jones in 2020, and instead will compete with Jamaal Williams for touches. With Jones in a contract season, Dillon looks to be next in line as the Packers starting RB in 2021, but this season should still be a lot of Aaron Jones. That being said, if you’re going to draft Jones as your RB1 this season, it would behoove you to secure the Packers running game by also taking Dillon in the later rounds as a handcuff.