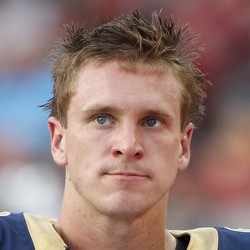 Davis will be the backup behind Blaine Gabbert and Marcus Mariota. Davis was most recently with the Seahawks, where he spent the 2017 and 2018 seasons. His most recent regular season action came in 2015 with the Browns. The 29-year-old isn't fantasy relevant.