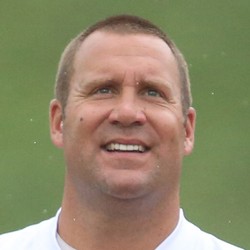 The Steelers still don't have a concrete timeline for QB Ben Roethlisberger's rehab on his season-ending elbow injury, but the Steelers remain encouraged as everything so far has been 'positive.'

It sounds like there will be some uncertainty around Roethlisberger throughout the offseason, but hopefully there will be some clarity as we approach training camps. As we saw in 2019, even a veteran Roethlisberger is an upgrade over the team's other options. As such, it wouldn't be suprising to see the Steelers address the quarterback position this offseason via free agency or the NFL Draft.

Deposit $10 at a DFS partner site you have NOT played at and get a FREE 6 Month HOF Subscription!
Claim Offer
Most Accurate Experts
for Ben Roethlisberger
Consensus Rankings
View all Flex Rankings