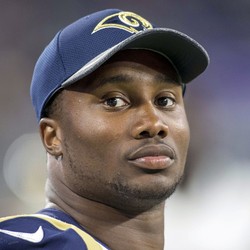 Running back Benny Cunningham was released by the Jacksonville Jaguars on Sunday with an injury settlement.

Cunningham has been dealing with a hamstring injury and was waived with an injury settlement by the Jaguars despite what was thought to be a decent chance at making the final roster in Jacksonville.