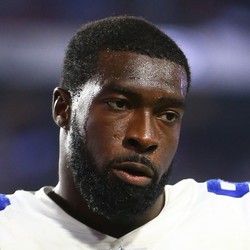 Benson Mayowa registered three total tackles, one TFL, 1.5 sacks, one QB hit, and one forced fumble, as the Raiders beat the Chargers, 26-24.

Mayowa has had an under the radar impact for Oakland, notching seven sacks for a team in constant need of a pass-rushing threat. Despite only playing eight games so far, he has already exceeded his career-high in this category. He and the Raiders play next against the winless Bengals.