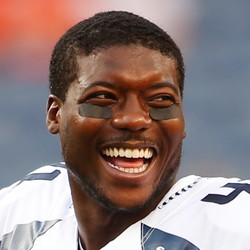 Byron Maxwell recorded nine total tackles (all solo) in the Seahawks' loss to the Jaguars.

Maxwell was one tackle shy of double-digits, a mark he hasn't hit since Week 1 of 2015. While Maxwell had a nice game, it ended with a bitter taste in his mouth as he dropped an easy pick six that would've put the Seahawks on top late in the fourth quarter.