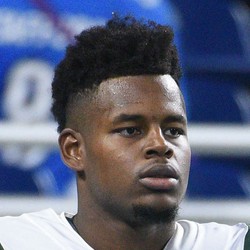 Herndon was suspended for the first four games of the season. He suffered a hamstring injury and missed the next four contests after the suspension. Herndon made his season debut for Sunday’s Week 10 contest against the Giants, where he suffered a broken rib and was ultimately placed on the injured reserve. He finishes 2019 with one catch for seven yards on two targets. Ryan Griffen should see additional snaps and targets while Herndon is sidelined.

Deposit $10 at a DFS partner site you have NOT played at and get a FREE 6 Month HOF Subscription!
Claim Offer
Most Accurate Experts
for Chris Herndon IV
Consensus Rankings
View All Rankings