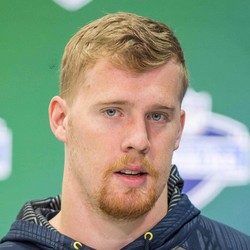 C. J. Beathard will serve as backup for the 49ers

San Francisco’s starting QB on Thursday night against the Oakland Raiders will be Nick Mullens. C.J. Beathard will serve as his backup, but with his wrist injury affecting his grip on the football, Mullens will make his first NFL start and throw his first NFL pass.

Fantasy owners that were counting on Beathard for Thursday night should be grabbing Mullens now. But neither quarterback is fantasy relevant and should only be considered in deep two QB leagues.