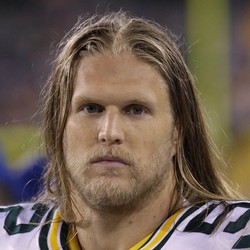 Clay Matthews released by the Rams

The Rams are releasing linebacker Clay Matthews, per Mike Garafolo of the NFL Network.

The Rams are shedding salary and ultimately decided to cut Matthews. He signed a two-year $9.25 million contract last year. Matthews recorded 34 tackles and 8.5 sacks across 13 games in 2019. The 34-year-old linebacker will look to latch onto another team.