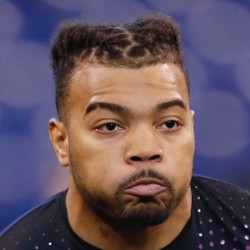 The Redskins are placing sophomore running back Derrius Guice on injured reserve with a sprained MCL.

Guice played in just five games this season but showed his upside, averaging 5.8 yards per carry and scoring three touchdowns. He should return as Washington's lead RB next season and it'll be interesting to see his ADP heading into the summer.

Deposit $10 at a DFS partner site you have NOT played at and get a FREE 6 Month HOF Subscription!
Claim Offer
Most Accurate Experts
for Derrius Guice
Consensus Rankings
View All Rankings