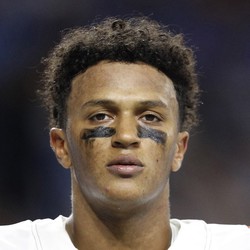 Oakland quarterback DeShone Kizer is inactive for the team's matchup against the Denver Broncos on Monday Night Football.

Kizer was claimed off waivers by the Raiders last week and could be the backup to Derek Carr at some point, but for now, he is the third quarterback behind Mike Glennon.