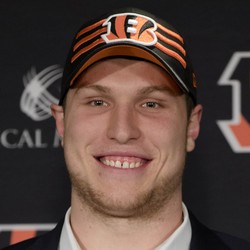 Paul Dehner of The Athletics writes that the Bengals expect to see a "significant jump" from second-year tight end Drew Sample.

Sample was considered a "blocking tight end" when he was taken 52nd overall in last year's draft. The 23-year-old wound up catching just five passes for 30 scoreless yards before landing on injured reserve with an ankle injury. Tyler Eifert's departure for Jacksonville has opened up some opportunity at the tight end position in Cincinnati. However, C.J. Uzomah is still considered a better pass catcher than Sample.