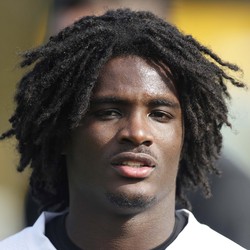 The Buffalo Bills have placed RB Dri Archer on the reserve/did not report list Wednesday one week after claiming the running back off of waivers from the New York Jets.

In two years in the NFL, Dri Archer hasn't shown much promise totaling 63 yards during that span. In 2015, Archer was used primarily as a special teamer with the Steelers until he was waived midway through the season. Archer has zero fantasy value as his NFL career is in question.