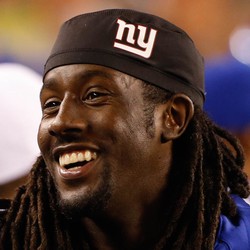 New York Giants WR Dwayne Harris spoke to the team's official website about improvements they need to make on the offensive side of the football entering the 2016 season this week. "I think we're getting better just throwing the ball down the field more," Harris said. "We're definitely trying to work on throwing the ball down the field, throwing more deep passes. And (we need to get) the run game going. That's one of the key elements in our offense. We got it going later on in the season. We've just got to continue that momentum and keep carrying it in the beginning of this season."

Harris had the best statistical season of his five-year career in 2015 with the Giants. Harris was primarily a return ace for the better part of his tenure with the Cowboys and was forced into action due to the injuries to New York's receiving corps last year. In 15 games, Harris caught 36 passes for 396 yards four touchdowns to go along with his usual special team's contributions. In 2016 however, Harris will likely take a step back on the depth chart as the Giants added Sterling Shepard in the draft and expecting the on-field return of Victor Cruz to compliment Odell Beckham. Unless injuries once again creep up on New York's receivers, Harris should be kept off of the fantasy radar and on the waiver wire in the upcoming campaign.