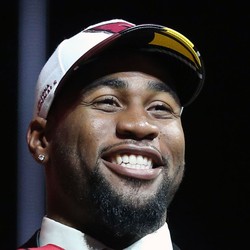 Per source, the Arizona Cardinals are not picking up the fifth-year option on LB Haason Reddick.

A former 2017 13th overall pick out of Temple, Reddick hasn’t missed a single game while playing for the Cardinals in three seasons. In 48 games, he’s totaled 192 tackles, 7.5 sacks, and three forced fumbles. He’ll have added motivation in a contract year on a defense that should be much improved with the addition of their newest draft pick, LB/S Isaiah Simmons out of Clemson.