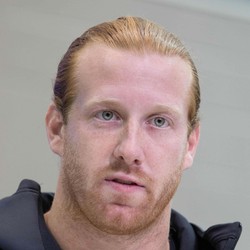 The Ravens have traded Hayden Hurst and a 2020 fourth round pick to the Falcons in exchange for a second round and a fifth round pick.

With Austin Hooper signing with Cleveland earlier, the Falcons traded for Hurst to be the team’s leading tight end. Hurst will see a significant boost in value, where he will join one of the most pass-heavy offenses in the league. Hurst had 30 catches for 349 yards and two touchdowns across 16 games for the Ravens in 2019.

Deposit $10 at a DFS partner site you have NOT played at and get a FREE 6 Month HOF Subscription!
Claim Offer
Who Should I Start?
Most Accurate Experts
for Hayden Hurst
Consensus Rankings
View All Rankings