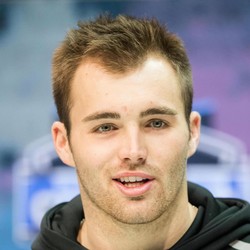 It's possible that too many people are sleeping on Fromm, though he did have the benefit of playing against lesser competition than Burrow and Tagovailoa. With that being said, he also didn't have the receivers that those guys had. Still, Fromm threw with confidence and anticipation with a quick release. He doesn't have too much velocity on his passes, but from what I've seen, there's improvement that can be made when it comes to stepping into his throws. I don't think his arm strength is a detriment to his game. He's also a precision passer who doesn't leave many throws up to chance. He'll be starting in the NFL very soon.

While Fromm took a step back at Georgia this season based on preseason expectations, he's still going to enter the 2020 NFL Draft. He's considered one of the better quarterback prospects in the upcoming draft. He will be someone to monitor in dynasty leagues, specifically 2QB leagues, depending on his landing spot.