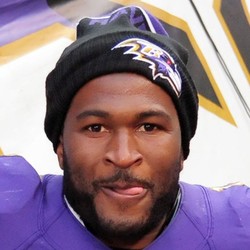 Javorius Allen has been placed on IR for an undisclosed injury, per comments from Sean Payton.

Allen came over to the Saints after four years with the Ravens, but it appears his time in New Orleans is done. As a result, the Saints signed former Redskins RB Rob Kelly today. Theo Riddick worked out for the Saints this week and is hopeful to snag a roster spot after being released by Detroit.

Deposit $10 at a DFS partner site you have NOT played at and get a FREE 6 Month HOF Subscription!
Claim Offer
Who Should I Draft?
Most Accurate Experts
for Javorius Allen
Consensus Rankings
View All Rankings
Do Not Sell
Are you looking to contact Customer Support about a subscription or account related question?
Yes
No, I'm a California resident looking for the California Consumer Privacy Act form