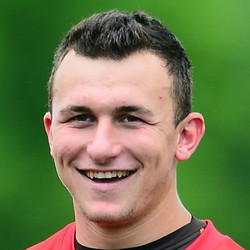 Manziel won the Heisman Trophy in 2012 and was a first-round pick by the Cleveland Browns in 2014, where he produced eight touchdowns during a 14-game run between 2014-2015 before flaming out. Manziel drew some interest this spring when he held workouts but was ultimately unsigned. If he can stay clean and showcase his talents north of the border, Manziel could draw NFL interest, but he'd do well to even earn an opportunity to compete for a practice squad, or emergency quarterback role.