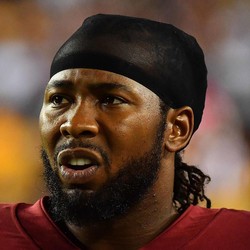 The Buffalo Bills have signed cornerback Josh Norman to a one-year, $6 million contract.

Norman spent the past few seasons with Washington before joining the Bills. It was a rough 2019 campaign for the former all-world corner, who was eventually benched to end the season. He'll reunite with former Panthers defensive coordinator and now head coach of the Bills Sean McDermott to see if he can rebuild his value ahead of hitting the market again in 2021.