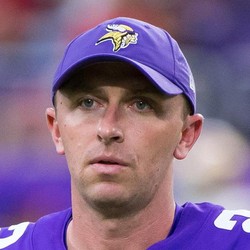 Kicker Kai Forbath has agreed to re-sign with the Dallas Cowboys, according to a report from NFL insider Ian Rapoport.

Forbath signed with the Cowboys at the end of the last season, making all 10 of his field-goal attempts and all 10 of his extra-point tries over the final three games of the season. He returns to a team that should once again have one of the top offenses in the NFL.

Deposit $10 at a DFS partner site you have NOT played at and get a FREE 6 Month HOF Subscription!
Claim Offer
Who Should I Draft?
Most Accurate Experts
for Kai Forbath
Consensus Rankings
View All Rankings
Do Not Sell
Are you looking to contact Customer Support about a subscription or account related question?
Yes
No, I'm a California resident looking for the California Consumer Privacy Act form