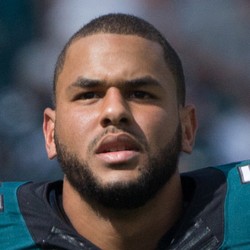 Kamu Grugier-Hill is still sidelined with the MCL sprain he suffered in early August.

Kamu Grugier-Hill was expected to man one of the starting outside linebacker roles for the Philadelphia Eagles but has yet to make his season debut. While the Eagles could use his talent on defense, he is not much of an IDP option. However, his continued absence increases the Eagles vulnerability in the middle of the field.