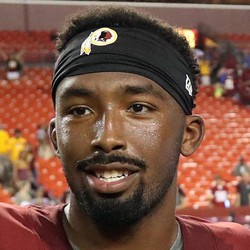 Kendall Fuller and the Redskins have agreed on a four-year deal worth roughly $40 million.

Fuller returns to Washington after two years with the Chiefs. The versatile defensive back can play safety or cornerback, and although he missed five games last year due to injury, he has been generally durable in his four-year career. A return to Washington with defensive-minded Ron Rivera as his head coach is a solid destination for Fuller.