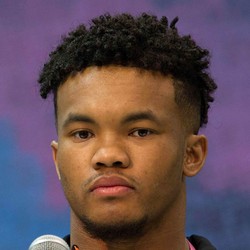 Murray is using his legs again, but this passing offense continues to struggle. Even if he plays, he is only a QB2.

Kyler Murray completed 26-of-42 passes for 325 yards, two touchdowns, and two interceptions in the Cardinals' 31-24 Week 17 loss to the Rams.

He rushed twice for no gain. Murray's 325 passing yards today were the third most of his rookie season. He finishes the 2019 campaign with 20 passing scores and 12 interceptions. Ultimately it was an up-and-down season for the former Heisman winner, but he should be considered a QB1 heading into 2020 fantasy drafts.