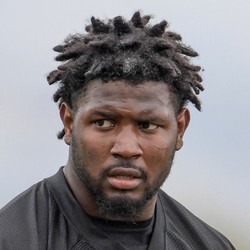 The Giants claimed defensive end Mario Edwards off waivers Sunday, one day after his release from the Raiders.

The Raiders had been shopping Edwards but were unable to find any takers. Since being selected 35th overall in 2015, Edwards has struggled with consistency, particularly as a pass-rusher. Prior to his release it was reported that the Raiders had "been frustrated by him.” In three seasons in Oakland, Edwards played in 30 games (24 starts), recording 5.5 sacks. If he’s able to find consistency, he could play himself into a rotational role in the Giants new 3-4 scheme.