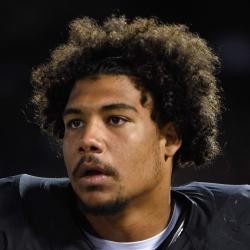 Rivera, who spent the first four years of his career in Oakland, signed with the Jaguars Wednesday. After showing promise in 2014 with a 58-534-4 stat line, Rivera's production has significantly regressed in each year since then. He finished with only 18 receptions for 192 yards and a touchdown in 13 games last season. Since Jacksonville traded Julius Thomas to the Dolphins earlier in the offseason, the Jaguars have an opening at tight end, which Rivera could fill to open 2017.