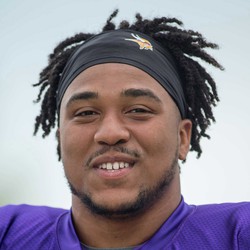 MyCole Pruitt catches his only target in loss to the Chiefs

MyCole Pruitt made a nine-yard catch in Tennessee's AFC Championship loss to the Chiefs on Sunday by a 35-24 score.

Pruitt caught four passes in the playoffs after catching just six over 16 games in the regular season. The veteran tight end has bounced around the league since 2015 and will look to find a backup role once again in 2020.