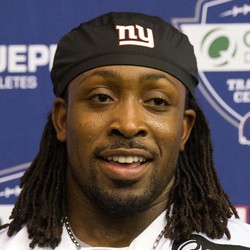 Perkins saw his most touches of the season after Ty Johnson left the game early with a concussion. He'll likely play second-fiddle to J.D. McKissic if Johnson is forced to miss Week 11, though Perkins and McKissic could be employed in an RBBC, making Perkins a deep-league flier in a week with four teams on bye.