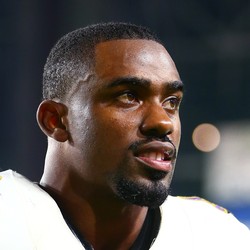 Seattle has given up the seventh-most fantasy points to RBs over the past five weeks. Mostert continues to be the top RB option for the Niners, totaled 50+ rushing yards in four straight games. Given the matchup and his current role, he is a RB2 this week.

Raheem Mostert rushed 12 times for 58 yards and a touchdown in the Niners' 31-20 Super Bowl loss to the Chiefs, adding a two-yard reception.

The 27-year-old journeyman seemingly came out of nowhere to lead the 49ers' dominant rushing attack by the end of the year. The highpoint was his 220-yard, four-TD performance in the NFC Championship game versus the Packers. He also had a lot of success late in the regular season. San Francisco will continue to rotate their running backs next season but we certainly expect Mostert to remain fantasy relevant in 2020.