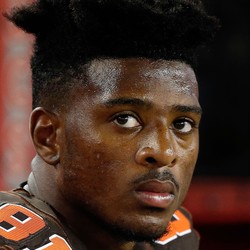 Cleveland Browns wide receiver Rashard Higgins was shut out on three targets in a 20-13 loss to the Steelers in Week 13.

Higgins is not a major part of the Cleveland passing attack and Kareem Hunt has been the de facto No. 3 receiver of late. The Browns will face the Bengals in Week 14.