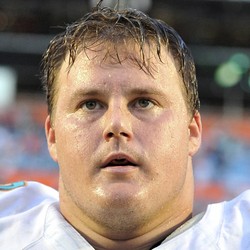 Richie Incognito retires from the NFL

Bills beat writer Vic Carucci is reporting that offensive guard Richie Incognito will retire from the NFL after playing 150 games since 2006.

Apparently Incognito was upset that the Bills asked him to take a pay-cut, saying "I'm, done. That's it. It's been a long career. Went to the doctor. My liver and kidneys are shutting down. The stress is killing me. It's just about doing what's right. I just want to be in the Hall of Fame." While there has been some off-the-field stuff that may prevent him from getting into the Hall of Fame, Incognito's play on the field was very deserving, ranking among the best at the position for the last decade. This is another knock to LeSean McCoy and the Bills run game, who just lost Eric Wood to retirement and offensive tackle Cordy Glenn to a trade. The Bills offensive line is in clear rebuild mode and should start looking at the possibility of trading away McCoy, who likely has one or two years left.