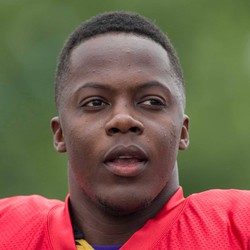 He may not be mobile anymore, but he now has D.J. Moore, Robby Anderson, Curtis Samuel, Ian Thomas, and Christian McCaffrey at his disposal. He could be the 2020 version of Jameis Winston. Why? Because his defense is going through a major rebuilding process and will be allowing tons of points, forcing the Panthers to throw more than they'd like to. He's going to be a favorite of streamers. He's going to be a great option for those in 2QB leagues.

Bridgewater agreed in principle to the three-year deal last week, but now it’s official. He has worked with offensive coordinator Joe Brady before and should be famIliar with the offense. Bridgewater threw for 1,384 yards with nine touchdowns and three interceptions across nine games for the Saints last season. With the move to Carolina, the 27-year-old is currently 31st among all quarterbacks in the expert consensus rankings.

Deposit $10 at a DFS partner site you have NOT played at and get a FREE 6 Month HOF Subscription!
Claim Offer
Who Should I Draft?
Most Accurate Experts
for Teddy Bridgewater
Consensus Rankings
View All Rankings
Do Not Sell
Are you looking to contact Customer Support about a subscription or account related question?
Yes
No, I'm a California resident looking for the California Consumer Privacy Act form