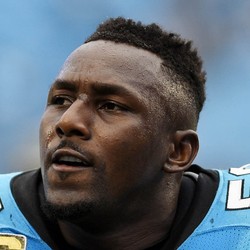 LB Thomas Davis Sr. officially signs a one-year, $3.5M deal with the Redskins. The deal includes a $1.75M signing bonus with a potential maximum for $3.75M.

Davis Sr. is reunited with his old coach Ron Rivera in Washington for what will be his 16th NFL season.

Deposit $10 at a DFS partner site you have NOT played at and get a FREE 6 Month HOF Subscription!
Claim Offer
Who Should I Draft?
Most Accurate Experts
for Thomas Davis Sr.
Consensus Rankings
View All Rankings
Do Not Sell
Are you looking to contact Customer Support about a subscription or account related question?
Yes
No, I'm a California resident looking for the California Consumer Privacy Act form